The Longevity of the Petrel

History of the Petrel

“The Fall of 2012 saw the introduction of the Petrel dive computer, and it was quite an exciting time to be a part of the company – the Petrel was a big step forward for Shearwater and it met with immediate success.

The Petrel replaced the Predator in all applications, from rebreather controllers, analog monitors, to stand-alone dive computers.  With the release of the recreational mode of the firmware the following year, the Petrel began to reach a broader audience and continued to be a big hit.

The Petrel2 update was also met with high praise from the diving community, with a greater number of recreational divers using Shearwaters than ever before.  With greater success, it made sense to make a stand-alone only computer, and this evolution resulted in the introduction of the Perdix.

The Petrel has remained as a mainstay for rebreather controllers but also continued to sell in the stand-alone form to some tech divers.  Despite being nearly 7 years old, the Petrel continues to get development support and firmware updates and has proved to be a very solid and reliable product.”

The Petrel has been relied on for years by the most demanding of divers. From deep, open ocean dives to cave exploration to rebreather divers and film crews the Petrel has been put through its paces around the world and continues to be the computer of choice for many of the world’s most serious divers.

The Shearwater Petrel has stood the test of time. It is a dive computer made for demanding divers. Throughout the years, we have made few hardware changes to the Petrel line, because of its enduring reliability. This month, we are releasing the Petrel with a titanium bezel. It is still the exact same dive computer, but with a small change to refresh the design and structure of a tried and true device. 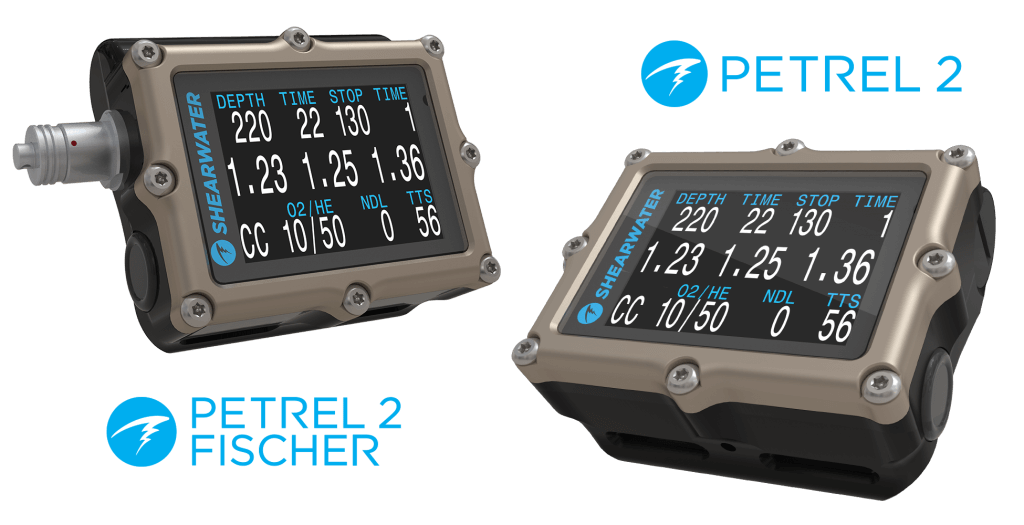 We are a company of passionate divers driven to design and manufacture innovative dive computers in Vancouver, Canada. Our computers are used by sport & technical divers, explorers, rescuers, and the military all over the world. We are committed to making powerful, simple, and reliable instruments to improve the journey for divers everywhere.