Diving unexplored sites or places only a few divers have tried to explore is one of the most exciting aspects of diving. This is a bet I will take with my team during the expedition taking place next September in Chechnya.

I had never given any thought about Chechnya before. One of my divers, who is originally from this region told me there are places in his country few divers have been, and this is something I know will be interesting.

I have always been attracted myself by unique and rarely explored places. I have visited more than 50 countries and dived in most of them. For example, this past year I have been travelling to Ukraine to visit Pripyat, Slavutych and the reactor 3 of the ancient nuclear plant of Chernobyl where a disaster happened more than 30 years ago. I have been diving a flooded Titan Silo Missile in the US. Dived Truuk Lagoon and its deep depth wrecks, etc.

Next year, I will also be diving in Antarctica with 10 people from my diving school. I am also exploring undived sites in my country to see what secrets I can unveil. So when I learned about those places in Chechnya and talked about the opportunity to go and explore them, I just couldn’t say no! 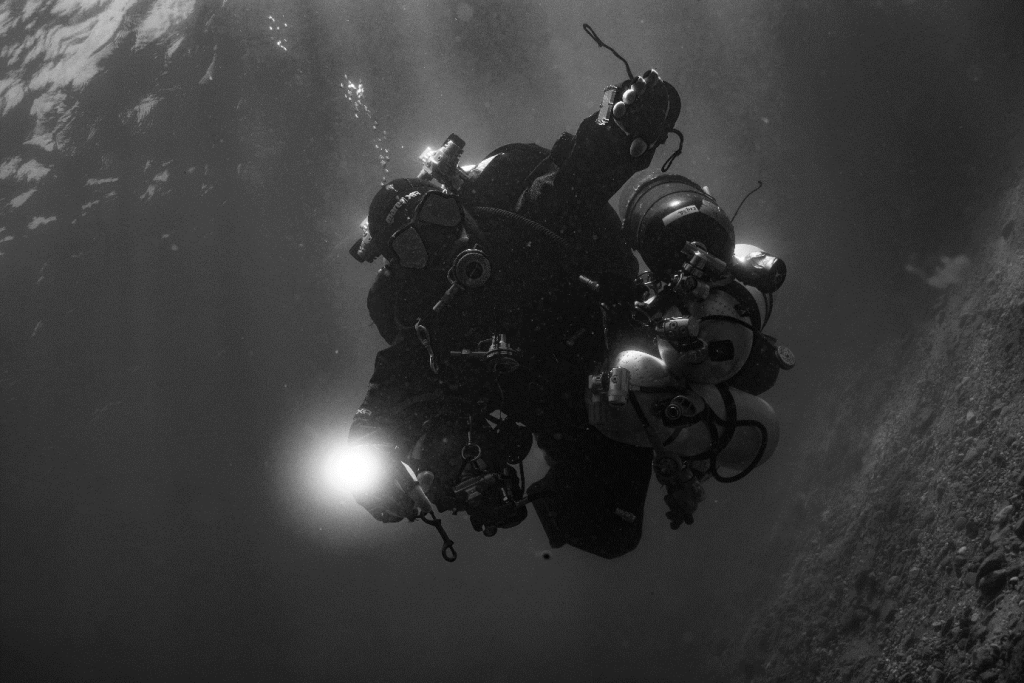 In 2011, the Russian Geographical society sent an expedition of divers to explore the Lake Kezenoy-Am. The maximum depth reached in this lake by those divers was approximately -74m. They faced more difficulties than we will, as the access to the site was far more complicated before. This depth was reached with the technology available in 2011. Because the diving techniques then were more limited than the ones we know today, we believe the lake is deeper than that. Now, with the improvement of technology and materials in scuba diving, we will be able to dive deeper, and quite possibly, to the bottom of the lake (which is estimated to be around -160m).

Another major site that we will be exploring is the Lake Galanchozh-Am which, until now, has never been dived. The lake is located in a remote place only accessible by offroad vehicles. Additionally, there is no village or town close to where we will have to set up camp. Our research shows very little history is known about the lake. 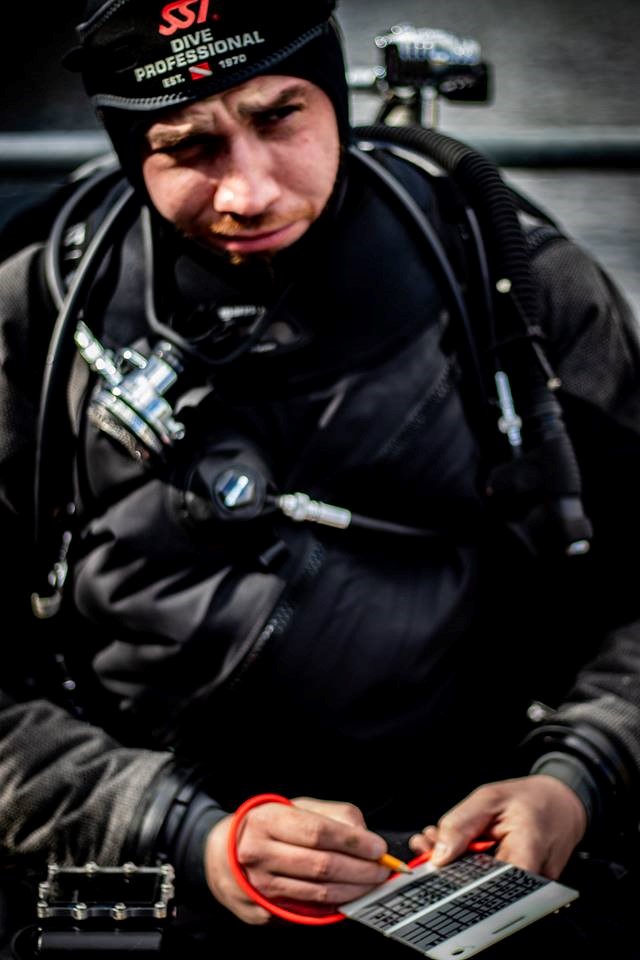 One thing we know is that in 1944, much like others from Eastern countries in Europe, a group of people of Chechnya-Ingushetia had been deported in wagon-trains used for animals. Thousands of people couldn’t be deported in that region, including the ones in the Haibach village, the patients of the Urusmatan hospital, and the inhabitants of the villages of the mountains in Galanchozh. Unfortunately, many of those people were executed near the lake or even drowned in the lake itself. These dives will be emotionally heavy and it will not be particularly easy not knowing what we could find underwater.

We have also planned to explore the Gums caves. These caves have been explored by the Russian Geographical society, but only to a depth of -10m. The goal would be to explore the caves deeper to study their configuration and map it.

Being able to be the group to explore these sites is a great privilege and has been made possible by the support of the Ministry of Tourism of the Republic of Chechnya.

Chechnya is a remarkably unknown place and a fascinating region that people are unaware of, or actively avoid due to preconceived notions and fears the media has shown us. This is also what we want to change with this expedition. This is a human adventure first. We want to show that this region has a lot to offer from its history to beautiful places such as the stunning mountainous landscapes of the Northern Caucasus. The Chechens traditionally follow a strict code of honour and hospitality to accepted guests. We will have the opportunity to discover their culture and the way they live and we want to show that it is a safe country to travel to. The human aspect is very important to us, and we want to include this in our expedition goals.

Uncovering the secrets of the waters is a very exciting challenge. We know more about space than we know about the underwater regions of our planet!

What are we going to find?

What is it like in the depths of those lakes?

What kind of underwater life lives there?

All those questions we hope we will be able to answer. I have teamed up with some of the best divers all trained for their specific roles in this expedition. Five of my divers and I will fly and drive out to Grozny beginning of next September. There will be two support divers at the surface and in shallow waters down to -20 meters. There will be three more experienced support divers at depths down to -70 meters. I hope I will be able to explore the bottom of the lake at more than -160 meters deep.

For that deep a dive, we are facing another challenge which I think is the more important for this expedition: there is no dive center or diving facilities near the lakes. All the gear and equipment will have to be transported by ourselves by route every day. We will have to transport with us B50 oxygen tanks and a compressor for our air and refill our diving tanks on-site as well as for the helium that will be supplied specifically for this expedition. For our safety, there will always be a medical team with us. If there is something to happen, they will evacuate us in priority towards the first decompression chamber available located in Dagestan or Russia.  As we all know, technical diving is a dangerous and demanding sport - so we need to be prepared for all kinds of situations. 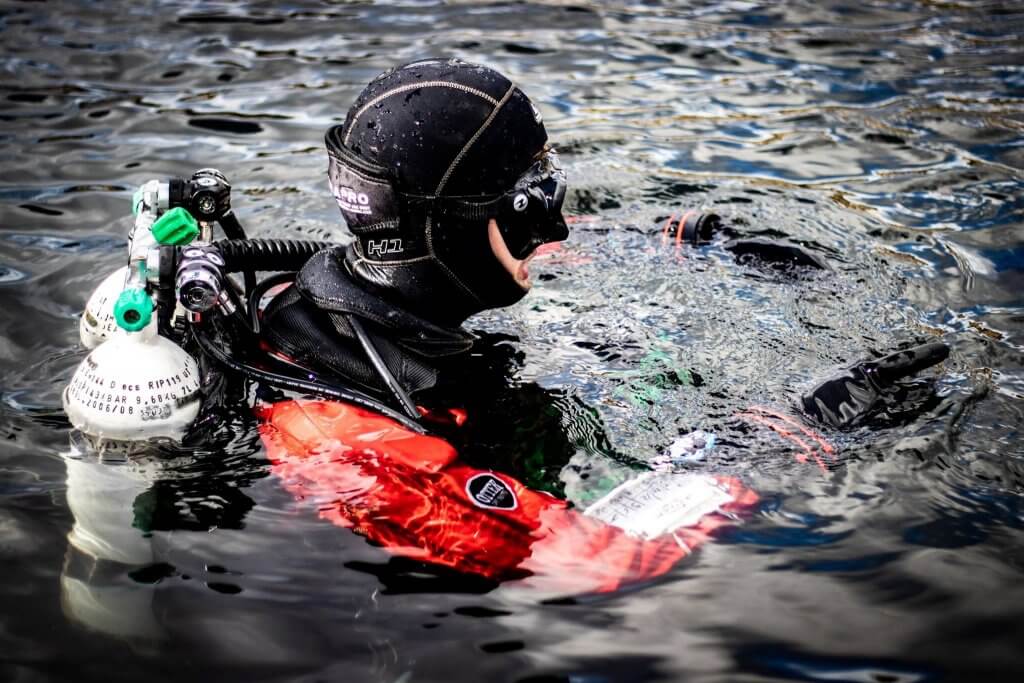 Many people will not have the opportunity we have to dive those sites. We are very fortunate as divers to be able to go there. It is a great milestone for us as it is also for the Chechnyan people who are giving us their support.

What could be more exciting than that? Exploring unexplored places, meet people in their own country few people visit because of fear, being able to show the world another face of this region, set foot on places only locals know, discover, learn and dive.

Jérémy Ransy is a Belgian technical diving instructor trainer for SSI. He is also a ski instructor and practices target shooting.
He owns and manages his own diving center since 2012 named Divemonkey. He has already trained more than a thousand scuba students these eight past years.
He has specialized in organizing trips around the world in recent years with great success by taking groups of scuba divers to incredible places like Djibouti, Antarctica, Micronesia, and many others. He also dived in many strange places like submerged military bases .