Do Whales and Sea Turtles do Decompression?

Often, while I am diving on coral reefs I observe turtles resting on a ledge. It’s always around the 10m/30ft mark. Getting close to them usually reveals that the turtles are neither asleep nor foraging, just seemingly ‘resting’. As I’m usually making a deco stop, I have plenty of time to observe the animals, often to the point when they finally leave their resting spot and systematically ascend slowly to the surface to take a breath.

One day, I had a crazy thought: “what if these turtles are doing exactly what I’m doing?” Are they making a delay in their ascent, to release some of the excess nitrogen diluted in their body? Simply put: Are these turtles making a decompression stop?

I shared my idea with my partner and we started to do some research on animals that hold their breath and dive underwater. 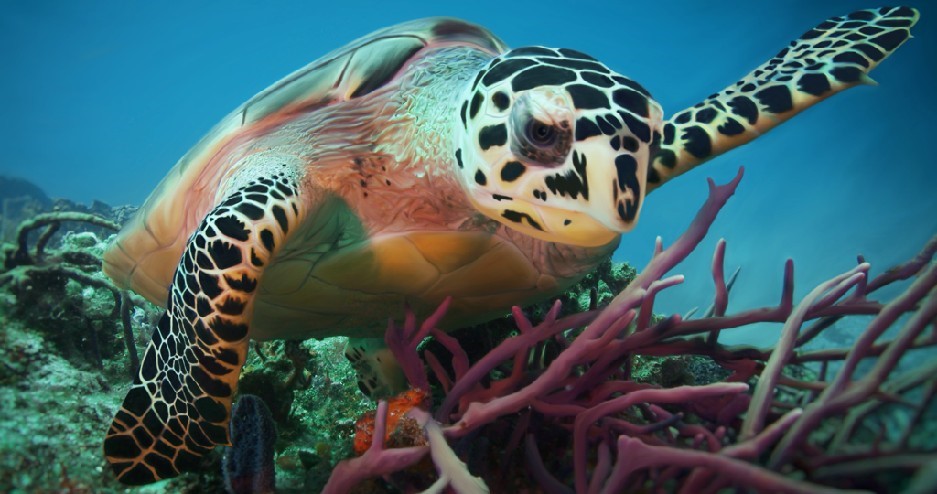 First, we needed to learn whether breath-holding divers could actually be susceptible to decompression sickness (DCS).

Our investigation took us to Spain, where we discovered a Scientist who had just recently clinically proven that turtles are indeed susceptible to DCS. They are not immune to DCS, as has previously been thought, but rather they ‘manage’ their diving protocol to avoid the bends.

This was an enlightening discovery - and so began some serious research, and our next epic adventure film, ‘The Diver’.

We began to investigate the world of breath-hold diving or ‘free-diving’, and the associated risks of diving illness and DCS. We researched the physical and physiological effects of breath-hold diving in both humans and marine animals. Our mission was to understand how some animals can dive incredibly deep and spend astonishing amounts of time at depth, on just one breath of air - and still manage to remain free of DCS, nitrogen narcosis and hypoxia.

As Filmmakers, we’re driven by a passion to create thought-provoking, transformational movies that engage, enlighten and inspire a global audience, as well as provide a vital source of knowledge about ocean science, new discoveries and research. We work with the world’s most inspired scientific minds to understand, assimilate and transform key science into spellbinding stories and mesmerizing films that will make a global impact. And so, discovering some pioneering information and revolutionary research, we set out to connect with the lead Scientists in this field and learn more.

The more answers we received; the more questions came to mind.

Through convergent evolution, different species have evolved to improve their diving abilities and remain free of DCS and other one-breath diving side effects. But their diving techniques vary.

Through convergent evolution, in order to improve their diving abilities and remain free of DCS and other one-breath diving side effects, different species have evolved in a similar way physiologically. But their diving techniques and behaviour vary greatly.

Many animals exhale most of the air in their lungs prior to diving. This enables their lungs to collapse in shallower water, thus reducing nitrogen absorption.

Others inhale before diving.

Furthermore, turtles cannot collapse their lungs, so surely taking air in before diving would increase their risk of DCS or gas embolism (GE)?

Look at these different dive profiles of a green turtle. We notice that extended ‘resting’ periods follow extended deep foraging periods - perhaps to reduce the excess nitrogen accumulated during the foraging period? (fig.2) 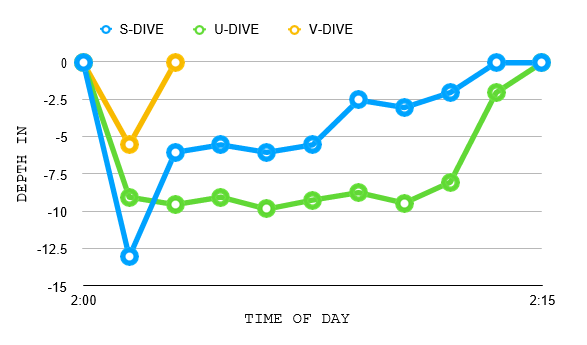 V-dives only seem to occur occasionally, in-between other dives and may contribute to short underwater surveys or to the orientation of the turtle. V-dives, with very few exceptions, are to between 3-6 meters.

On average, the duration of the ascent phase was seven times longer than the descent rate. This indicates that, like other marine breath-hold divers, turtles are prioritizing a slow ascent rate. Could this be an effort to reduce occurances of DCS?

(fig. 2) Subsurface-dive (SSD) - refers to when the turtle swims in the upper 2.5 meter layer.

Could these shallow bouts be a way to vent excess accumulated nitrogen from the previous deep dives?

When watching humpback whales interact with their calves, you can notice that the mother often seems to be controlling her calf’s dives. On the ascent, she places her pectorals over the pectoral of her calf, seemingly controlling the ascent - perhaps in an effort to teach it how to make a slow ascent and avoid DCS. Other times, if the calf is on the surface, she places herself below her calf - maybe to teach the calf to make a longer surface interval, and avoid nitrogen build up?

It would be exciting to think that accumulated diving knowledge is passed from generation to generation and this would explain how the animals’ behavioural procedure has evolved to consider the physiological effects of diving. But if this were so, how do turtles learn about diving protocol? From the moment they are born, they’re on their own and need to learn to dive alone. How do they learn how to limit their dives, their ascent rates, surface intervals and so on? Do they feel the on-coming bubble formation and adjust their diving protocol to reduce such an occurrence?

‘The Diver’ offers a revolutionary look at the air-breathing marine animals that decided to spend their lives in the ocean, and how convergent evolution has transformed them into the incredibly successful divers they are today. It also sheds light on how we can greatly improve the conservation of these remarkable animals, by simply understanding the complexities of how they dive.

It is somewhat fascinating to learn that marine animals have worked out some kind of decompression protocol way before we humans even thought of it and managed to integrate it into their biological make-up.

Our research and observation have shown that all the breath-hold divers are making slow ascents, especially during the shallower part of the dive. On the ascent, the turtle energetically strokes the water with her pectorals until she becomes positively buoyant and then, at a low angle, slowly glides towards the surface. This ascent method is very familiar to both scuba divers and free-divers, and, is crucial for remaining free of DCS.

Our quest further reveals how scientists, conservationists and entire communities can work sustainably with fishermen, by offering them to be part of the solution rather than criticize them.

We discovered that the common fishing practice of throwing turtles pulled up as by-catch back into the water is not a good idea, as the fast ascent in the net is very likely to disturb the turtles diving protocol and give them the bends. Scientists working with us on the film have treated turtles pulled up as by-catch, showing signs and symptoms of DCS. Re-compressed in a hyperbaric chamber, following recompression tables used for humans, the treatments have been a success. From DCS to fully restored health, the Scientists have received, treated and re-released numerous turtles safely back to the ocean, that would otherwise have died.

Making ‘The Diver’ has become an epic, extraordinary journey to the very forefront of marine science. We learned how breath-hold divers have evolved, both physiologically and behaviourally, to live in the ocean and dive to seemingly impossible depths, for incredible amounts of time.

Surprisingly, we are uncovering even more similarities between us humans and marine animals every day.

The oceans and even the biggest, strongest, most iconic ocean creatures, are in serious trouble. Numerous anthropogenic threats are putting their diving skills and lives at ever- higher risk. Yet pioneering cooperation initiatives between Scientists and Fishermen are showing us new ways to boost conservation and save lives. And this is leading to a better understanding of how we live, how we can improve both human health and the health of the animals we love - before it’s too late.

Scientists are studying the ways that air-breathing marine animals manage their nitrogen absorption, as well as how they manage low oxygen in the brain, and their research is giving hope for treatment of diseases such as Alzheimer’s and dementia. Research on collapsing lungs in deep divers may lead to crucial medical discoveries for lung treatment in humans and animals.

How the marine free-divers are aware of their nitrogen loading, or how far they can go on low oxygen is not yet clear, but one thing is sure, they’ve worked out how to manage all this without the help of our trusted dive computers.

And even as the film evolves, groundbreaking science and landmark discoveries are being made.

And as we continue our research and unravel the puzzle about how the extreme divers safely manage their dives, ongoing science is on the brink of another revolutionary breakthrough - one that (questions our place as humans on this planet and) puts ‘The Diver’ on the cutting edge of new discovery. 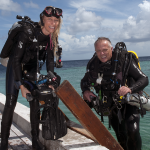 Written by Guy and Anita Chaumette

Guy and Anita Chaumette are multi-award-winning filmmakers, underwater cinematographers, photographers, ocean conservationists, explorers and owners of the Liquid Motion® group of companies. The pioneering team has been producing landmark underwater films for private clients, global corporations, advertising, education, cinema and global television for over 25 years. Through award-winning documentaries, films, articles, press, public events and their non-profit Liquid Motion Ocean Foundation, they have become globally recognised environmental leaders, inspiring and educating people about the critical need to protect and enhance the world’s oceans. Through Film Festivals, broadcast television, multi-media and press, their work makes a global impact. Liquid Motion's films have garnered over 100 international awards, and received numerous prestigious honours and accolades for their contributions to television, science and on behalf of the sea.