Fear and Loathing of Sharks

“His entire form is fluid, weaving from side to side; his head moves slowly from left to right, right to left, timed to the rhythm of his motion through the water. Only the eye is fixed, focused on me, circling within the orbit of the head, in order not to lose sight for a fraction of a second of his prey or, perhaps of his enemy.” 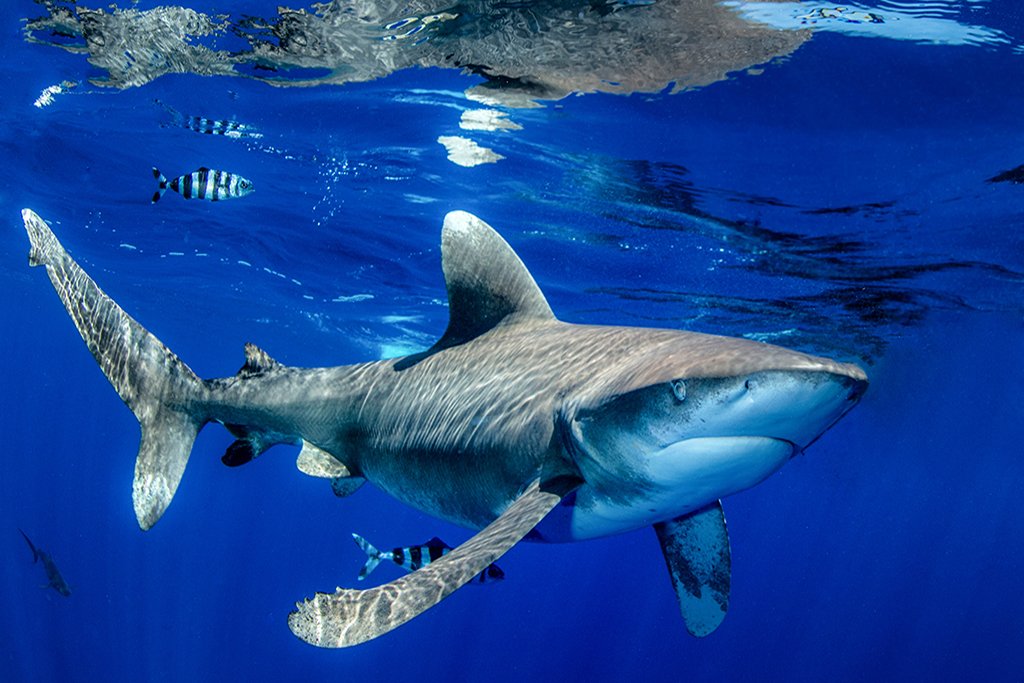 "…the clashing of whose horrible teeth, as their prey was torn to pieces among them, might have been heard at the distance of a mile."

Striking fear to the bone, a terrifying blood-curdling scream of “Shark, Shark!” echoes across a powder-white sand beach just as an ominous triangular-shaped dorsal fin is seen protruding from the sea just inshore of a sandbar. Several beach-goers frantically scramble towards dry land as a patch of heretofore azure blue sea is alarmingly smeared red with blood. Several brave souls rush into the water to help rescue the still conscious victim and pull them ashore, where soon after the injured party is airlifted to a local hospital. This shark incident happened in about three metres of water, approximately 100 metres from shore. Eyewitnesses estimated the shark to be three metres in length. In 2017, there were 88 unprovoked shark attacks worldwide, resulting in five fatalities. According to shark research conducted by the University of Florida, 2017 was… "just an average year." 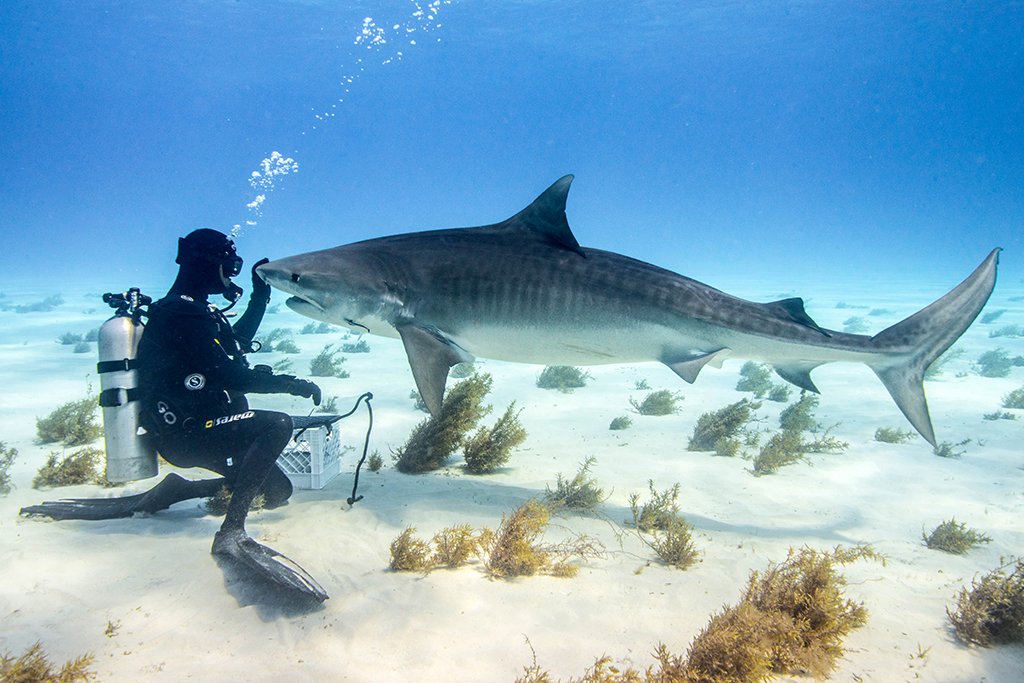 Few species on earth have been vilified throughout history as much as sharks. Blood thirsty, vengeful, violent, and cold-blooded killers are all words which have been used to describe an apex predator that has roamed the ocean depths for 420 million years. In reality, fatalities due to a shark attack are extremely rare as most of the more than 450 shark species rarely attack scuba divers. In fact, there are only about 30 species of sharks who are deemed to be dangerous, or who have been known to on occasion attack humans. Chief among these are the rogue’s gallery of great whites, bull, hammerhead and tiger sharks who are most often implicated in shark attacks. 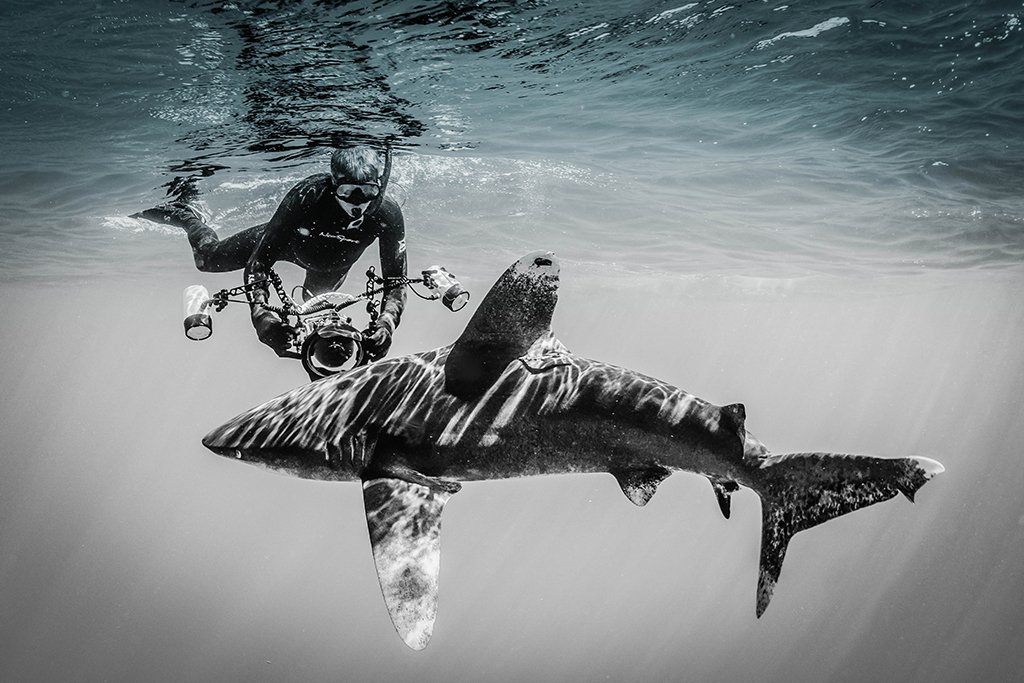 Oddly, three of the largest shark species, the whale shark (18 metres), basking shark (8 metres), and the rarely seen megamouth shark (5.5 metres), are filter-feeders who subsist on a diet predominantly of tiny plankton. Yet, for many, the word “shark” will always conjure mental images of a ferocious, carnivorous, stealthy killer with rows of sharp, serrated teeth lurking just beneath the waves perpetually on the hunt for human flesh. Although untrue, there’s no denying some people are scared to death of sharks in the water.

“We are not afraid of predators, we’re transfixed by them, prone to weave stories and fables and chatter endlessly about them, because fascination creates preparedness, and preparedness, survival. In a deeply tribal way, we love our monsters…” 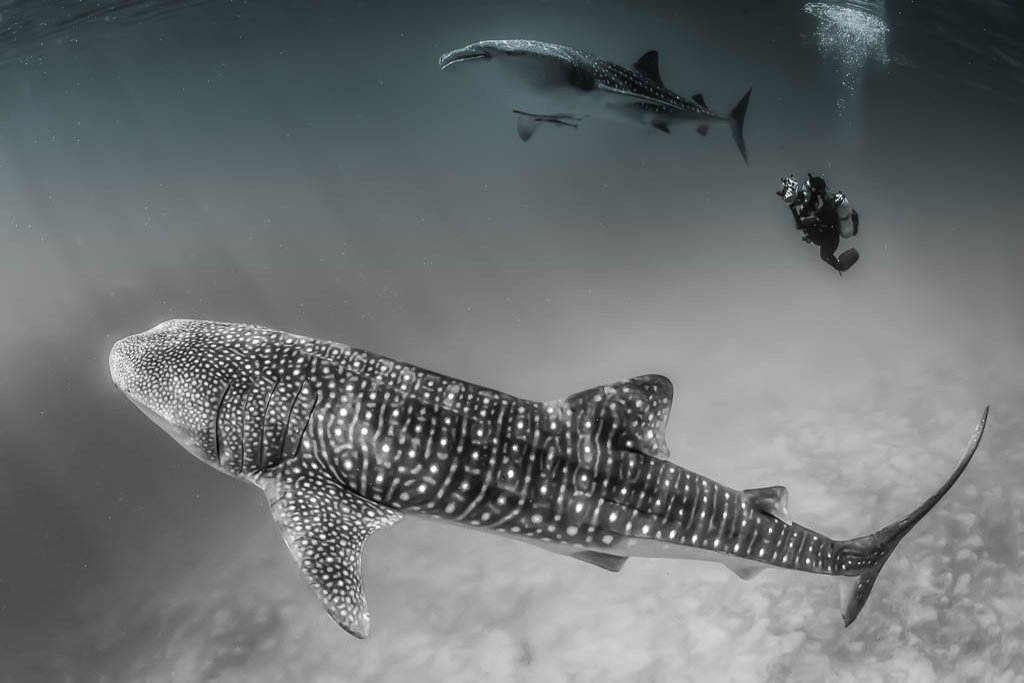 Galeophobia, is a term used to describe a phobia for people who possess a persistent and extreme primal fear of sharks. A phobia shared by millions, the word derives from the Greek word “Galeos” which translates as "shark with markings resembling those on a weasel" and “Phobos” which means deep dread, or fear. Galeophobia sufferers are extremely afraid of going near the ocean, lakes, rivers, and yes even swimming pools out of an entrenched fear of being attacked by a shark. Yes, it may seem irrational, but if a crippling fear of sharks has kept you from splashing in the ocean, the struggle is real.

Medical experts lay blame on the News Media for their frenzied sensationalized reporting whenever there is a fatal shark attack. Hollywood’s blockbuster movies such as Jaws (1975), Deep Blue Sea (1999), Open Water (2003), Dark Tide (2011) Sharknado (2013), The Shallows (2016) and The Meg (2018) incessantly advance the thrilling storyline that sharks are nothing more than malevolent mindless eating machines. Whereas, Discovery Channel’s longest running must-see summer TV event, Shark Week, airs episodes which are increasingly meant to educate viewers and help dispel long entrenched shark myths which are embedded in the public consciousness. Therapists often suggest confronting your fear repeatedly helps develop skills and mastery, and educating oneself about shark behaviour can be extremely helpful in overcoming shark phobia.

Back in late 2007, sometime after we were engaged to get married, Kathryn said to me, “I will never dive with sharks!” To which, I replied, “That’s not a showstopper.” She went on to say, “I don’t want you to dive with sharks either!” I chuckled, poured her another glass of red wine and said, “Well, darlin’, that’s never going to happen.” Her desire to protect me was, of course, well intentioned. However, her fear surrounding sharks lacked context, along with the experience of actually having been underwater with a shark. She had been schooled on the shark myths. It wasn’t so much she bought into “the only good shark, is a dead shark” mantra, it was that she did not want a shark to eat me. I assured her she never had to dive with sharks if she had no desire to do so. No pressure. Sharks should be revered, not feared.

“If white sharks were man-eaters looking for humans all of the time, we'd be talking about shark attacks thousands of times a year. We're just not part of their food chain.” 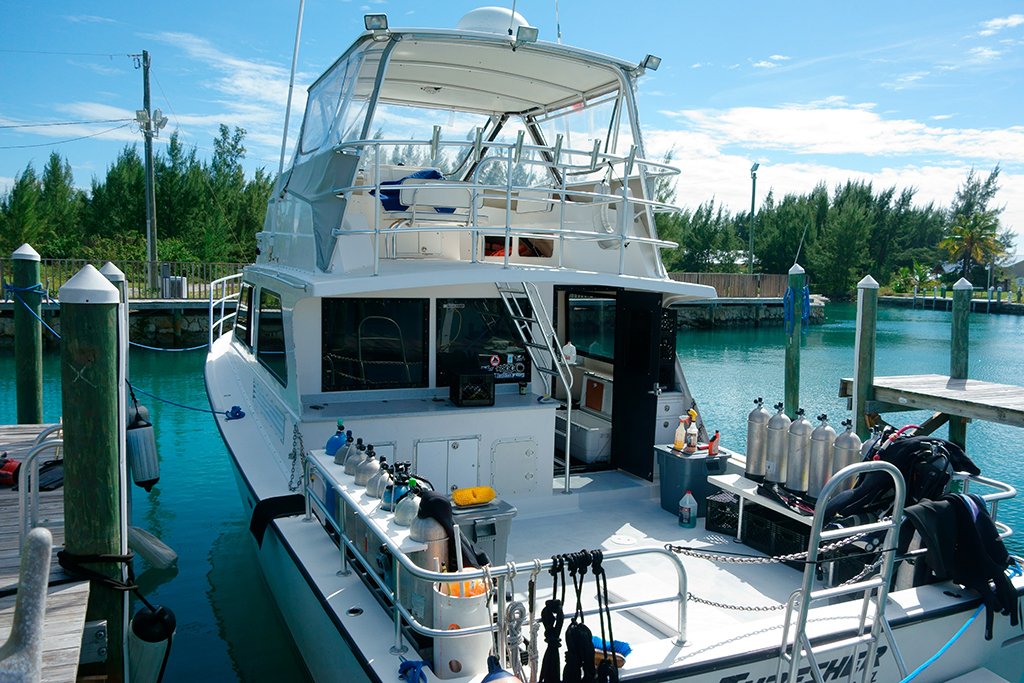 Some shark researchers theorize that shark attacks are the result of the shark mistaking a human for their natural prey. For example, studies have shown great white sharks do not intentionally target humans for food as they favour game with higher fat content, such as tuna, sea lions, or elephant seals. Several larger shark species are ambush predators and hunt from below. Hence, they may simply confuse the silhouette of a scuba diver finning above them in the water column above as being that of a sea turtle or a sea mammal. Sharks typically avoid attacking animals larger than themselves, as the risk of injury is too great. So, for most shark species, this fact automatically keeps humans off the menu.

There is also a cadre of marine scientists who entirely dismiss the “mistaken identity” bite theory. They contend sharks are too intelligent to misidentify humans for prey as sharks possess an acute sense of smell and are able to distinguish humans from being large fish, or sea mammals. Instead, it’s far more likely that bites on humans are the result of a shark satisfying its curiosity. Since sharks don’t have hands, they use their jaws to investigate an unfamiliar object. This supposition is supported by the fact that many shark attack victims survive the bite incident. Generally, people are only chomped once before the shark recognizes its mistake and swims away. Unfortunately, injuries are sometimes so severe the shark bite victim dies from massive trauma and rapid blood loss before receiving emergency medical care.

Suffice to say, no matter which theory you support, sharks are simply not out to get us. In fact, the International Shark Attack File have calculated the risk of a fatal shark attack on a human at one in 3,748,067. Stats don’t lie, the reality is you're much more likely to be mauled and killed by a dairy cow than by a shark.

“Sharks are beautiful animals, and if you're lucky enough to see lots of them, that means that you're in a healthy ocean. You should be afraid if you are in the ocean and don't see sharks.” 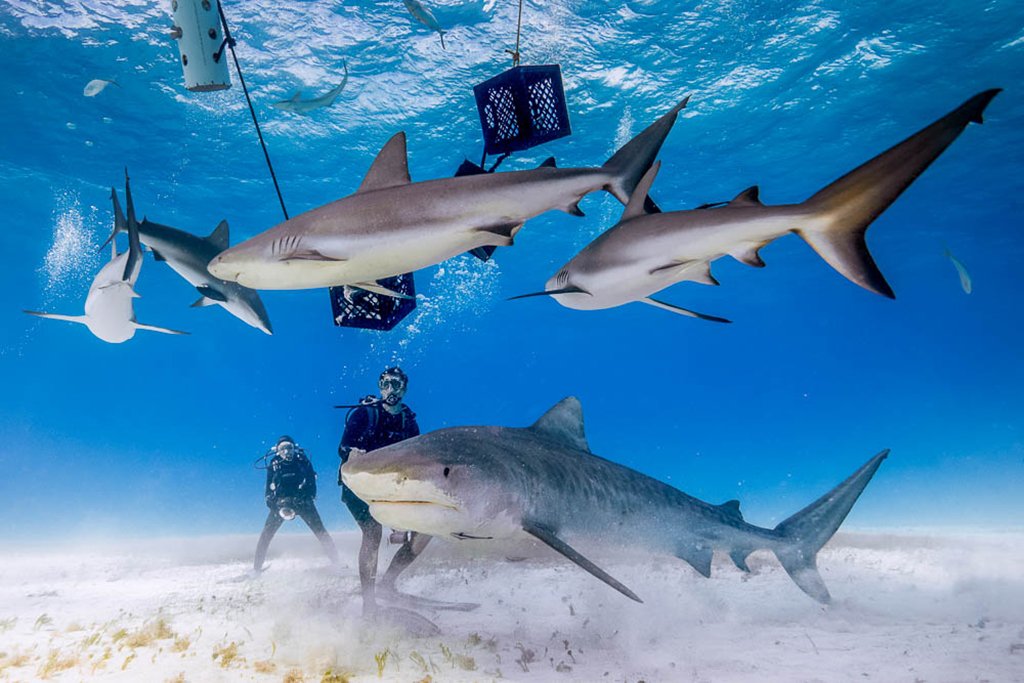 Approximately 100 million sharks are killed each year, so it should come as no shock that shark populations worldwide are in steep decline. Over the past century, it’s estimated 90% of the planet’s shark populations have disappeared due to human activities such as indiscriminate overfishing and accidental by-catch, controversial shark culling to reduce the likelihood of shark attacks on people, habitat loss, climate change impacts, and the incredibly wasteful and cruel act of shark finning to supply Asian markets with the primary ingredient for making shark-fin soup. We have lost 90% of the world’s shark populations and the unchecked continuation of these human impacts is unsustainable because according to the International Union for Conservation of Nature (IUCN) more than 30 percent of the world’s shark species are either endangered, threatened, near threatened or vulnerable to extinction. 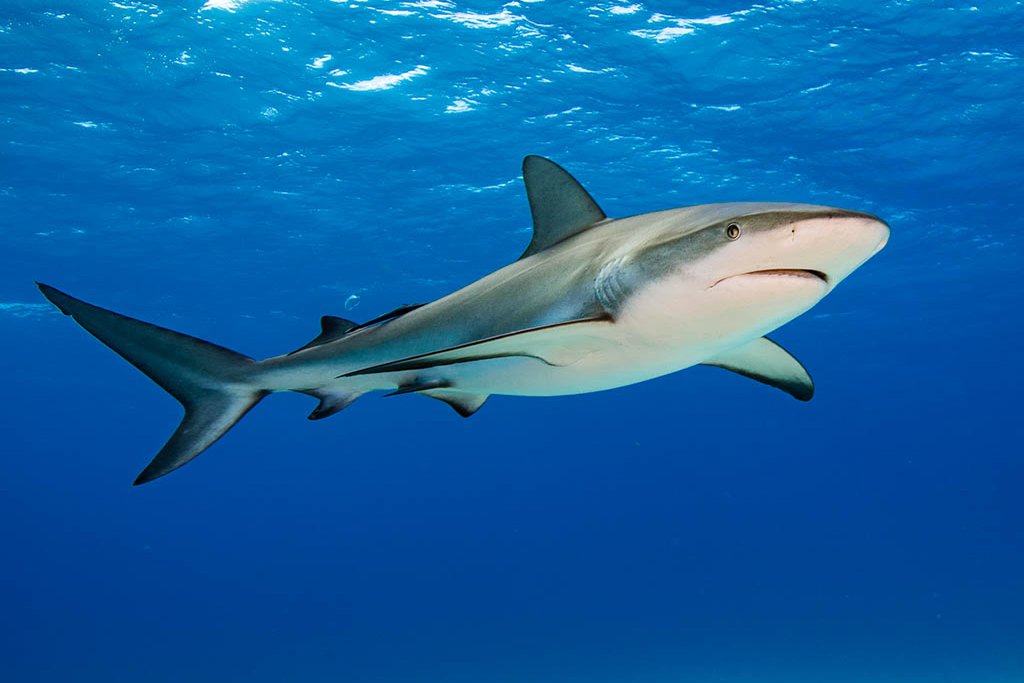 Shark-infested waters are an indicator for ocean health since sharks help keep the marine ecosystem in balance by culling the genetically weakest members from the stronger ones. Remove sharks from the ocean food web, and we would surely witness a population collapse, of other marine species. Over time, our planet’s reefs would soon become barren. 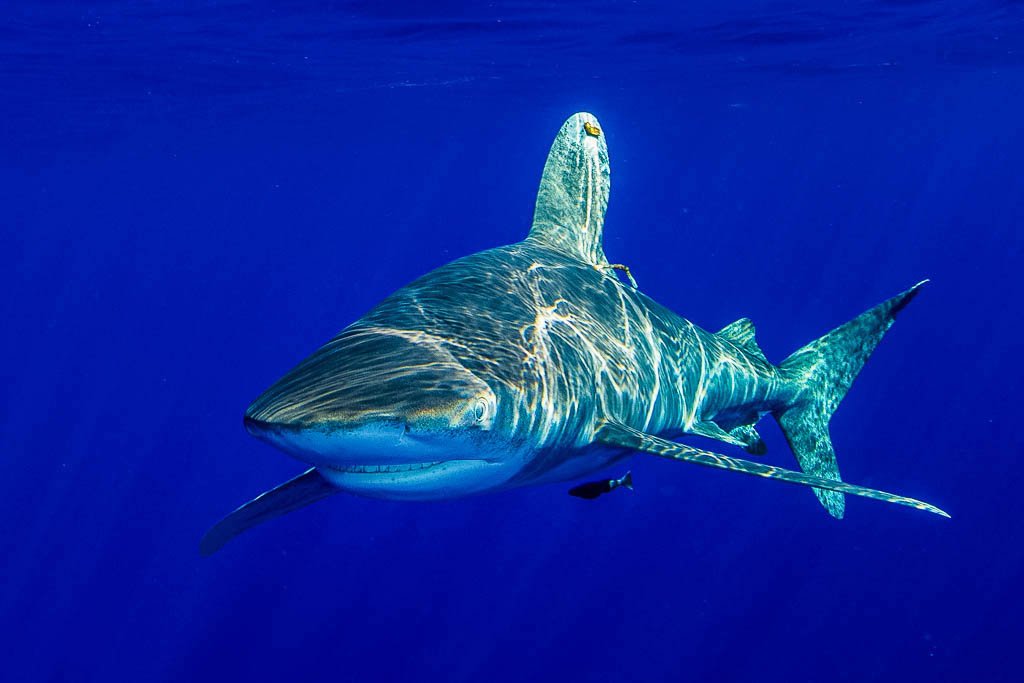 Over the past 30 or 40 years, scuba divers have gone from engaging in the unmerciful slaughter of every shark they could find underwater because large predatory fish are scary. Today, scuba divers are among the loudest defenders and advocates for the worldwide protection of sharks.

To protect them, governments are enacting protections for sharks and are setting aside ocean areas to establish shark sanctuaries to support the growing recreational shark diving industry which has proven to generate significant funds for local economies. Fisheries around the globe are enacting science-based fisheries management policies. Shark finning and the trade of shark fins has attracted worldwide disdain and the practice is now being outlawed in many places.

It seems somewhere between the late 60’s and the early 80’s there was a palpable shift in how scuba divers perceived sharks. Undersea explorers fell in love with sharks and would actively seek out opportunities for a shark encounter. Not unlike the sport of skydiving, or mountain climbing on dangerous peaks, shark diving does have some inherently potential risks. Panic kills more than sharks, hence, shark diving without the protection of cages is generally reserved for divers with advanced levels of scuba certification and experience in order to keep the diver, and sharks in their natural habitat, as safe as possible. Indeed, safe undersea encounters with sharks are possible when the following shark diving safety protocols are followed:

Splendid Savage of the Sea

“I can’t go back to yesterday because I was a different person then.”

Sharks are not the angry dragons of the sea, nor are they the terrifying malevolent mindless killing machines of myth, or Hollywood legend. They are apex ocean predators who have evolved to do what they do extremely well in order to survive. Fortunately, people’s negative perceptions about these evolutionary marvels can and do change.

Over the past decade Kathryn has snorkeled with whale sharks in both the Philippines and Mexico and absolutely loved it! Then one day out of the blue she declared, “I want to dive with tiger sharks!” Her long held belief that sharks were something to be feared had with the passage of time seemingly evaporated. Perhaps by osmosis, she came to view sharks in a different light after watching countless shark documentaries and seeing the shark images I had captured during my shark diving expeditions. In the fall of 2014, her crowning achievement was experiencing some beautiful close encounters of the shark kind with tiger sharks, lemon sharks, and Caribbean reef sharks at famed Tiger Beach in the Bahamas. Kathryn commented afterwards, “I love diving with sharks!” Fear and loathing of shark? How about we uncork another bottle of Cote du Rhone and discuss it? 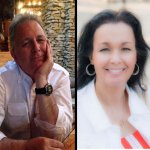 Written by Jett and Kathryn Britnell