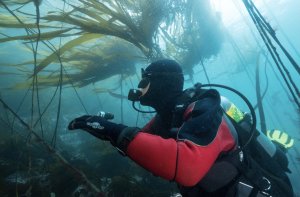 “I can’t breathe!”. Bill was a middle-aged man with a history of high blood pressure who was enjoying a wreck dive off the Northeast United States. He was diving a 14/7 mm farmer john wetsuit for the 51 degree water and diving EAN 29. Suddenly, he felt the urge to cough and a few seconds later he was panting and unable catch his breath. He frantically signalled to his buddy and bolted for the surface.

The crew of the dive charter got him back onboard and on oxygen. The Coast Guard was called and took him to a local hospital where he was completely asymptomatic upon arrival. He was monitored overnight and discharged home the following morning with a recommendation to follow up with a physician knowledgeable in diving medicine.

Immersion pulmonary edema (IPE) is a very uncommon condition first reported in 1989. First described in diving in cold water, it was originally coined “cold-induced pulmonary edema”. However, it has now been reported in warm water diving as well. The condition presents as a combination of shortness of breath, cough, and frothy sputum. The absence of chest pain helps differentiate it from pulmonary decompression sickness (“chokes”) or a heart attack. Chest pain is only present in about 8% of cases.

It is not depth related and can occur at any point during a scuba dive. It frequently occurs in otherwise normal individuals and can even occur while swimming at the surface with an incidence of 1.3% in combat swimmers and in 1.4% of triathletes.

The exact mechanism is unknown, but it is felt likely to be due to a combination of the effects of increased pressure in the capillaries (small blood vessels) in the lungs that occurs with immersion in water coupled with a pressure gradient between mouth pressure and hydrostatic pressure at the chest in the upright position. Diving causes more negative pressure in the lungs during breathing due to the increased density of gas under pressure and can be worsened further by a poorly tuned regulator. 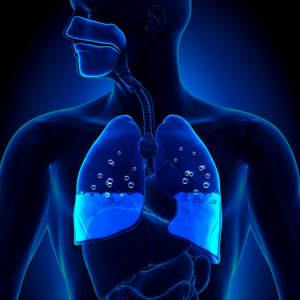 It is known that the physiologic effects of scuba diving include the immersion effects of a rapid distribution of blood from the extremities to the chest increasing the blood volume in the chest by up to 700 cc. This causes an increase in right atrial pressure by 16-18 mm Hg, an increase in cardiac output by 30%, and a slight increase in blood pressure.

Over-hydration has been implicated in a number of cases. So, while divers often worry about their risk of dehydration-associated decompression illness and drink lots of fluids to avoid this, drinking too much fluid can predispose a diver to IPE. When it comes to fluid intake, the medical recommendation is “thoughtful hydration”. Don’t overdo it.

Other possible precipitating causes include a tight fitting wetsuit where compression of the chest makes the work of breathing more difficult and the compression of the extremities can result in a greater amount of blood being shunted from the peripheral to the central circulation.

Several publications have suggested that hyperoxia may predispose a diver to IPE which is concerning for rebreather divers.  Repetitive deep dives have also been reported to result in an increased risk of IPE, presumably due to the increased bubble load resulting in injury to the blood vessel walls in the lungs and a resultant leakage of fluid into the lungs.

IPE can be difficult to diagnose and is likely underreported as it can be confused with other conditions such as salt water aspiration, pulmonary barotrauma, pulmonary decompression sickness (chokes), respiratory infection, or a heart attack. 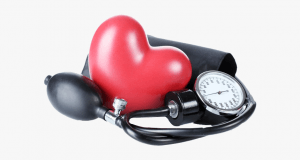 How is IPE treated?

First and foremost, the treatment is to get the victim out of the water. Symptoms will continue to worsen in the water, even on the surface. Once out of the water, the victim should be given supplemental oxygen. Bronchodilators or diuretics (“water pills”) can be used but are often not required as the majority of patients will resolve their symptoms within hours after the event. Continuous positive airway pressure therapy (CPAP) and Bilevel Positive Airway Pressure therapy (BiPAP) are more effective than diuretics if symptoms persist.

Under what circumstances can someone who experienced IPE return to diving?

Unfortunately, very little is known about the likelihood of recurrent IPE once a diver has had an episode. After an episode of IPE, there is often spontaneous recovery once the diver leaves the water. If not, it tends to respond to standard therapy for pulmonary edema, such as diuretics. Whether or not a diver should return to diving after an episode of IPE should be determined on a case by case basis. The decision should be based on the physical condition of the diver, a history of hypertension or cardiovascular disease, and the type of diving being considered. Obviously, shallow warm water diving in a young healthy diver who suffered a mild case of IPE is less concerning than a middle-aged diver with multiple medical problems who wants to return to cold water diving after a severe episode of IPE that required hospitalization. Recurrence rates of 16-17% have been reported in the medical literature. 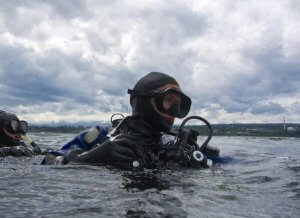 Bill’s symptoms improved immediately upon getting out of the water and, on oxygen, had completely resolved by the time he arrived at the hospital. His admission chest x-ray was normal. He was monitored overnight and discharged home the following morning. As an outpatient he had an exercise stress test and an echocardiogram (ultrasound of the heart) which were both normal. Bill has returned to diving, but only in the warm waters of the Caribbean.

In retrospect, Bill had been off his diuretics for two days prior to the event and remembered having similar, but less severe, episodes in the past. He had gained some weight causing his wetsuit to be quite tight and he was diving in cold water. He developed classic symptoms of shortness of breath without chest pain and all symptoms resolved within about 90 minutes of getting out of the water.  This was a classic case of IPE.

What about IPE do we not understand?

Despite the best efforts of many investigators, the medical community does not know much about IPE.  Until we better understand the mechanism of the disorder and who is predisposed to it, it is difficult to make recommendations to divers as to how to avoid it or when to return to diving after an episode.

Current recommendations would be:

If you or anyone you know has suffered from pulmonary edema, please contact Dr. Richard Moon, a world expert on Immersion Pulmonary Edema, and consider enrolling in one of his research trials for immersion pulmonary edema patients. He can be contacted at:

Profession of Anesthesiology and Medicine

Douglas Ebersole, MD is an interventional cardiologist at Watson Clinic in Lakeland, Florida and the Director of the Structural Heart Program at Lakeland Regional Health. A certified diver since 1974, he teaches recreational, technical, rebreather, and cave diving for a variety of training organizations including IANTD, TDI/SDI, NAUI, SSI, and RAID. He is also a cardiology consultant to Divers Alert Network (DAN). He can be reached at debersole@watsonclinic.com.