Paleontology in the Flooded Caves of Madagascar 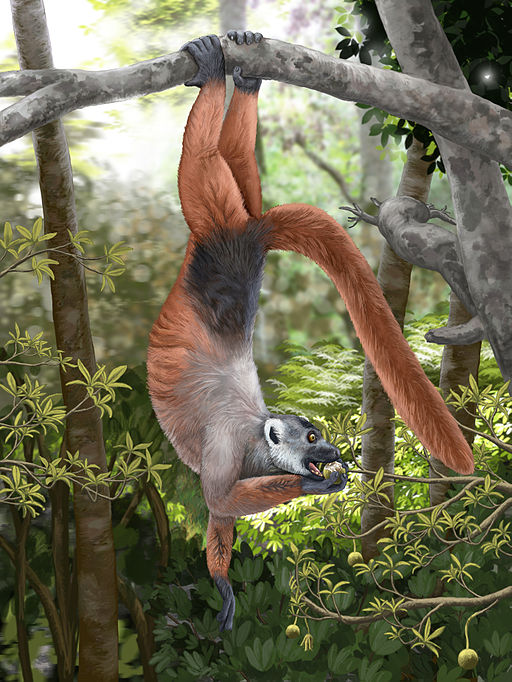 Madagascar is home to the lemurs – our primate cousins and some of the most endangered mammals on the planet. The lemurs today are all small to medium-sized primates, many of them nocturnal, and mostly living in trees. Only a short time ago, however, lemurs the size of gorillas roamed this island, along with other extinct “megafauna” like the 3m(10ft)-tall elephant bird, giant tortoises, and the pygmy hippo.

All the “giant” lemurs vanished in the years following the arrival of humans on the island, only a few thousand years ago. We know from radiocarbon dating that some of the large-bodied lemurs survived well into the last millennium.  Malagasy oral tradition also holds some clues to the timing of extinction events; stories of large beasts are still relayed from one generation to the next, and sometimes even sounds of their calls are mimicked.

Today, scientists learn about these extinct animals by studying their bones. Fossils typically show signs of their antiquity, however. Often broken and incomplete, they pose challenges to the researchers who aim to read every detail. Caves in general, but especially flooded caves, have proven to be an exception to this rule, sometimes yielding exquisitely-preserved fossils. In 2014, hoping to capitalize on this tendency, researchers and cave divers set out to explore the underwater caves of Madagascar in search of extinct lemurs remains. Researchers came from the City University of New York, the University of Massachusetts in Amherst, and the University of Antananarivo in Madagascar.

Cave divers from several countries formed the initial exploration dive team, including members of the Dominican Republic Speleological Society (www.dr-ss.com) who had previous experience on similar research projects in the Caribbean (www.antillothrix.com). The Madagascar Cave Diving Association was formed, in part, to continue support for this research (www.madacaves.com). The inland caves explored on this and subsequent expeditions are filled with fresh, still water, that has protected the remains of lemurs and other animals from the elements for thousands of years.

In comparison with more commonly studied paleontological contexts, these remains are often referred to as “subfossils” because they are so young that they have not yet fossilized, the process wherein the tissues are mineralized and become hard. Many of these bones preserve fragile details that are rarely seen in fossils excavated from open-air sites. And, in the caves of Tsimanampesotse National Park, there are thousands of bones of extinct lemurs alongside those of the huge, flightless elephant birds, pygmy hippos, horned crocodiles, and extinct giant fossas.

Previous projects in the same region have yielded fossils at dry sites which have been dated to the period of human occupation. The trove of underwater fossils from Tsimanampetsotsa may date from a period before humans arrived in Madagascar, providing researchers with a unique opportunity to understand how humans have changed the island. Also, the large numbers of individuals will permit sophisticated analyses of population diversity and evolutionary trends, which are very rarely possible because of the sparsity of primates in the fossil record. Stalagmites found in both wet and dry caves will provide us with records of change in both rainfall and the vegetation from around 50,000 years ago through the human period. In preparation for the 2018 field season, a gofundme campaign (link below) was launched to raise money to construct a small museum and fossil depot to support this research and showcase the natural history of the region. This structure is critical to advancing this research and giving back to the local parks and people who have resided here for generations.

One of the greatest potential benefits of these newly discovered time-capsules is that we will likely come to learn more about the factors that contributed to the mass extinction of the giant lemurs and other megafauna in Madagascar. Cut marks on previously discovered bones are evidence of megafaunal hunting by humans. However, humans can also affect ecosystems in other ways, e.g., by introducing foreign plants and animals, or by modifying the landscape. Climatic changes also may have played a part. 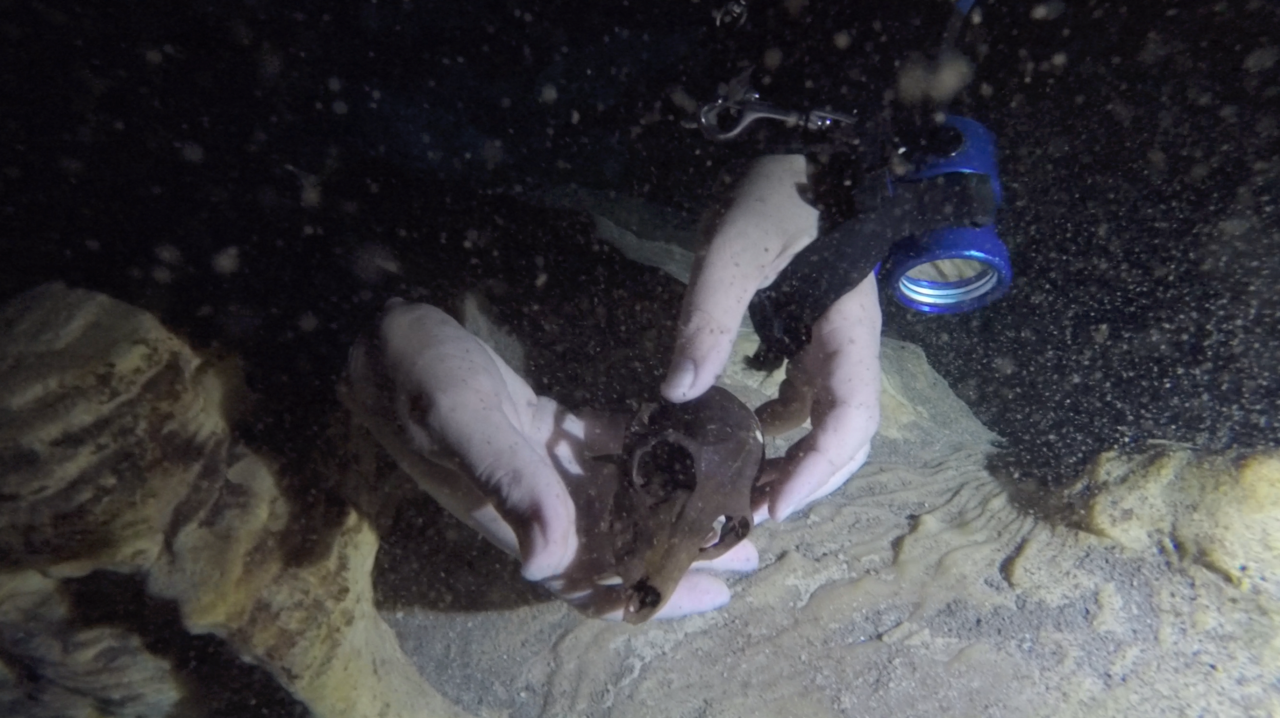 The value of insights gained from this research is not solely for the benefit of paleontological scholarship, it may also bear on modern-day ecosystems and living species that are threatened by human and climatic effects. “Conservation Paleontology” is an emerging field of study that seeks to identify trends in paleontological data to understand patterns and mechanisms for ecological change today. Sometimes it is found that the arrival of a new species immediately predates the disappearance of another, or that a change in temperature lead to a change in local resources and caused a turnover in which species dominated a region. Identifying such cues in an ecosystem, seen in retrospect via the fossil record, can help conservationists identify signals of change in modern habitats that can then be used to manage forests and protect threatened species.  These sorts of analyses are usually not done with primates, however, because the number of primates in the fossil record is so low that testing hypotheses about patterns of change can be difficult. The rich new finds in the underwater caves of Madagascar paired with ecological data preserved in the stalagmites of these same caves are an important advancement for primate paleontology, and for unraveling the mysteries of Malagasy prehistory.

Dr. Zachary Klukkert, Ph.D., is a biological anthropologist and certified cave diver with research in the comparative anatomy and paleobiology of primates, especially extinct species from the Caribbean and Madagascar. When not in the field, he teaches clinical anatomy to medical students at the Central Michigan University College of Medicine. Klukkert has been featured in several scientific outreach publications, including Forbes Science (https://www.forbes.com/sites/shaenamontanari/2016/08/22/ underwater-paleontology-and-the-monkeys-of-thecaribbean/#28c7d979290c), Outside Magazine (https://www.outsideonline.com/2171946/underwater-caves-earths-final-frontier), the PBS documentary “When Whales Walked” and most recently, in Popular Science’s Fall 2022 issue (https://popsci.zinioapps.com/article/z/z-i536808/z-a27156). You can learn more about him and his research on his website, www.zklukkert.com. Twitter: https://twitter.com/Monkeydentity