Most of us are familiar with the phrase, "leave no man behind". The gravity and scope of the statement may not register easily in our minds. Sometimes the circumstances of a conflict will prevent recovery or accounting of missing personnel. It's not easy to imagine the psychological toll this can extract on survivors. Survivors may already be afflicted with physical scarring from the conflict, but some injuries are not easily visible. The lack of visibility deceptively understates their dangers and potential lethality.

The Task Force Dagger Foundation provides provides assistance to wounded, ill, or injured US Special Operations Command members and their families. The foundation aims to be a rally point to combat traumatic brain injury, post-traumatic stress, and environmental exposures. They organize and conduct rehabilitative therapy events as part of this effort.

LVTs heading for shore on 15 June 1944. Birmingham in foreground; the cruiser firing in the distance is Indianapolis.

The World War II Battle of Saipan was fought on the island of Saipan in the Mariana Islands from 15 June to 9 July 1944. The Allied invasion fleet left Pearl Harbor on 5 June 1944, the day before the D-Day landing at Normandy. The U.S. 2nd Marine Division, 4th Marine Division, and the Army's 27th Infantry Division, commanded by Lieutenant General Holland Smith, defeated the 43rd Infantry Division of the Imperial Japanese Army, commanded by Lieutenant General Yoshitsugu Saito. The Japanese loss of Saipan precipitated the resignation of Japanese Prime Minister Hideki Tōjō and left the Japanese mainland within the range of Allied B-29 bombers.

The landings1 began at 07:00 on 15 June 1944. More than 300 Tracked Landing Vehicles (LVTs) landed 8,000 Marines on the west coast of Saipan by about 09:00. Eleven fire support ships covered the Marine landings. The naval force consisted of the battleships Tennessee and California, the cruisers Birmingham and Indianapolis, the destroyers Norman Scott, Monssen, Coghlan, Halsey Powell, Bailey, Robinson and Albert W. Grant.

Careful artillery preparation – placing flags in the lagoon to indicate the range – allowed the Japanese to destroy about 20 amphibious vehicles, and they strategically placed barbed wire, artillery, machine gun emplacements and trenches to maximize the American casualties. However, by nightfall, the 2nd and 4th Marine Divisions had a beachhead about 6 mi (10 km) wide and 0.5 mi (1 km) deep2. The Allies suffered 13,790 casualties in this battle, 3,426 of these where either killed or missing3. 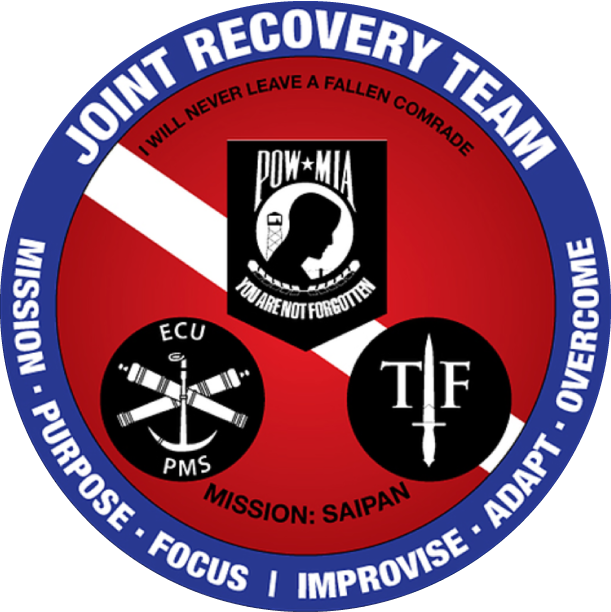 Task Force Dagger (TFD) teamed up with the Department of Defense POW/MIA Accounting Agency (DPAA), The National Park Service (NPS), and East Carolina State University (ECU) to conduct an expedition to Saipan.  The expedition aims to map, document, search, and ultimately recover and repatriate US Service Members killed in action or whose body was not recovered during World War II.

The purpose of this mission is two-fold: (1) Keep the promise to our service men and women and bring them home should they make the ultimate sacrifice. (2) Identify those Special Operations Forces (SOF) service members who are having issues making the transition from the military to civilian life, and provide them with a real world mission. Why is this important? This provides the SOF service member a deeper purpose for his or her life. This will enable them to focus on something bigger than themselves.

When many of our SOF service members retire or leave the service, they have a difficult time adjusting or transitioning to civilian life. Many can’t find a career that provides them with the same passion that they had in the service of their country. This mission is designed to help our SOF service members start to make that transition from active duty to civilian by showing them that they can have a deeper purpose for their life besides the service. This will hopefully create an epiphany within themselves and discover that although it is not the same, they are a valued member of society and that they can have a deeper purpose for their life. Having a real MISSION – PURPOSE – FOCUS post service is crucial.

The team is comprised of Army, Navy and Air Force Special Operations personnel and archeologists from ECU and Florida Public Archaeology Network (FPAN). Teams conducted searches and recorded data on numerous sites (known and unknown) for 2 weeks.  Their efforts were extremely successful bringing the team closer to recovering and repatriating remains of our fallen from WWII.

Since 2009, TFD has supported USSOCOM with over $3.5M dollars of support to 3,100 SOF service members and their families. The Task Force Dagger Foundation’s overhead rate is 10.91%. 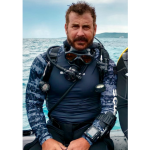 Mark Stephens, retired after serving 21(+) years in Army Special Operations. He served in Okinawa, Japan and Fort Bragg and was selected and spent 3/4 of his time in the military with the Nation's Special Mission Unit. Deployments include Iraq for OPERATION IRAQI FREEDOM, Afghanistan for OPERATION ENDURING FREEDOM (to include being first boots on the ground as part of Task Force Sword, Somalia (OPERATION GOTHIC SERPENT/Battle of Mogadishu), Colombia (Cartel operations), Balkans/Bosnia (Persons Indicted For War Crimes operations), Honduras (OPERATION GOLDEN PHEASANT), Panama, Middle East, Europe, counter-narcotics operations with the USCG and other.